Class is the worlds fastest and easiest way to book a hotel whilst out & about. Their mobile app won the Australian App Awards and was pitched as “Uber for Hotels”. The Creative Donut was responsible for designing the User Experience for the mobile and Apple watch apps.

This is their story: In a smoking blaze of taco filled banter, Mark and Sam discovered they had a mutual love of exercise, creative thinking and fine Mexican beer. They also realized that even though Mark became a programmer and Sam an investment manager, they both had degrees in Computer Science and it made sense to team-up to leverage their individual skillsets.

But due to visa restrictions, they were unsuccessful in securing the work they were looking for. So in an act of desperate rebellion they decided to find a way of creating their own jobs instead! So two weeks after meeting, the lads applied for AngelCube, which is a Melbourne based startup incubator program. It helps driven entrepreneurs expand and brainstorm their ideas whilst learning from top mentors in the area. AngelCube was founded by “The Godfather” of Melbourne startups, Adrian Stone.

Much to their elated surprise, their ‘off the cuff’ and banterful application was accepted and following a pitch session, was inducted into AngelCube ’14.

And after an intense 13-week program with many hypothesis disproven and ‘back to the whiteboard’ sessions, the lads struck up the ingenious idea of Class. The basic concept was “a personal hotel concierge in your pocket”. It’s this personal touch that has made it the “must have”, of frequent travellers who are looking for the ultimate hassle free Hotel accommodation experience.

Most founders launch their tech companies from behind a laptop. However at Class Travel they do things differently. And after finishing their beers they brainstormed all the fun antics they could get up to with the investment money to get the message across. They had the world’s fastest, most convenient way of booking a 4* or better hotel. So Sam challenged Mark to prove his tech by jumping out of a plane and booking a hotel in free fall! Safe to say it worked and they are still a whole team. They buddied up with GoPro to film this…Just don’t tell the investors they’re spending their money on skydives!

Class had an idea and a rough map of how the app should/could work. However The Creative Donut work closely with the team to make it a reality. The main issue was moving the user through the buying cycle at lightening speed without them feeling like the had been scammed at the end. Obviously with a name like Class, we needed to ensure the experience was robust and trustworthy.

“In just 3 short weeks after the launch of the Class App, it made the top 20 Finalist of Oz Apps Awards.

We used many wireframes to demonstrate to the client how the user could flow through the app once on-boarding had taken place. The on-boarding or first time user registration process was key to the success of the app. For this we used a parallax video and simple onscreen instructions to guide the user through a demo transaction.

Many lessons were learned during this project. Swift prototyping was key. As with most early-stage tech startups, time is always in short supply. Wire framing and A/B testing allowed us to analyse the reactions of users without having to waste precious development time, which ultimately saved the client money

“Our hotel travel app launched in the US & Australia in 2014. Class was marketed by The Creative Donut through a website, email campaigns and social channels. Less than one month after launch we were voted Top 20 Australian Apps!” 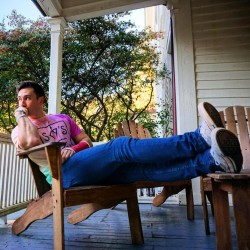